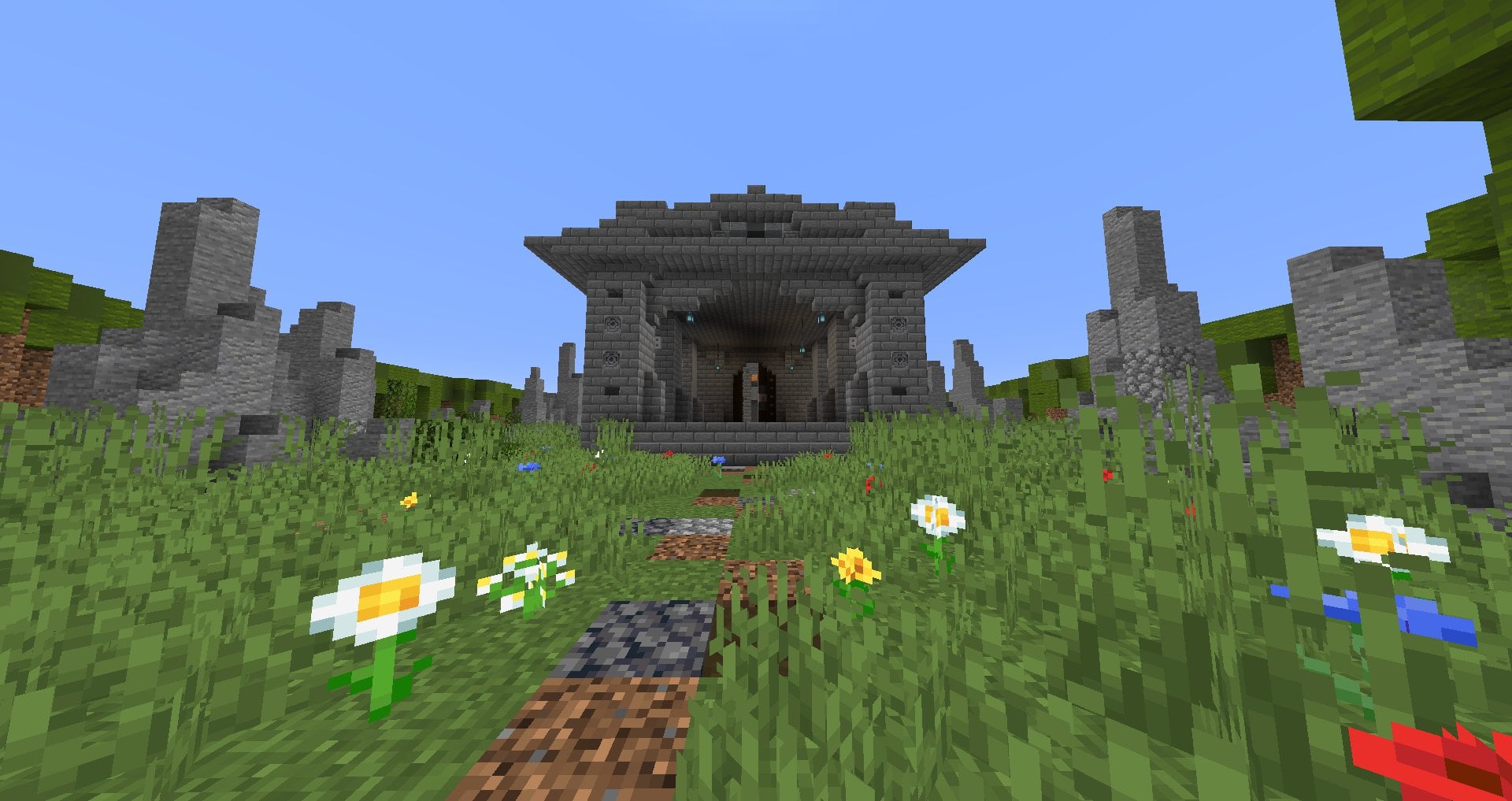 I really love how big and epic this build felt, despite it not actually being a enormous build (compared to some monstrous stuff that is posted on the subreddit). So congrats on fulfilling your promise that your build would be “Mighty” as you put in the title. It certainly seems that way to me. I will say, at first, I didn’t like the blackstone floors with the cobblestone, but the more I’ve looked at your build, the more I’ve really started to enjoy it. It also gave a bit more variety, making your dungeon more than just grey. On that note, the mushrooms also provided some nice colour and weirdness to the dungeon. Very well made!

I never realized how little I’ve seen of ice caves and how much I love them. I think for some of those first images with the ice in the caves, it’s the best “simple” cave I’ve seen in a long time. Nothing too fancy, just some nice shapes, with ice here and there. Also, the inclusion of some man made supports, tables and chests filled out the rest of the space. The big thing I didn’t like with the build was the last room. The throne was great! However the rest of the room seemed so flat and plain, with just stone brick walls going straight up with nothing else really.

Still a great build though!

The builds above were pretty simple while I found this build was a little too chaotic. Personally, I find there’s a fine line between good block variation and bad block variation. With stone for example, I find you can can get away with block variation by using other very similar blocks like andesite and cobble stone. However, other times, people use some vastly different blocks and in those cases I find it’s really hard to focus. This build is pretty much right between that line. Your fist image thankfully had a cool layout and the blocks weren’t too chaotic. I loved the paths and traps down the caves. They weren’t the most elaborate, but they still made the cave seem dangerous which was fine. The last photo went back to the chaotic blocks, however for me, it was only the abundance of magma blocks that made it hard for me to focus on what I was looking at. I think you could’ve kept them there, however I did find those blocks a little overpowering.

Still a great build though!

Really cool redstone traps and playable dungeon! Wanted to highlight it in the mentions here.

First of all, happy father’s day to all the fathers out there today!

Second of all, happy 100th challenge everyone! We made it! We’re here!

It’s been a long road, and I never would have expected we’d have made it this far, or that the challenge would start to have many, many participants at this point. We’ve seen different builders rise up, then fade away, then sometimes comeback and we’ve had the regulars who we have come to know through their building style.

For this challenge, and it lines up nicely with the nether update, we’ll be highlighting the different updates that minecraft has had over the years. We’ve had many different themes for the updates, and each can present us with different builds. So whether your build is themed after the nether update, the village update or maybe the pretty scary update, we look forward to seeing the years of minecraft highlighted in your builds!

Let’s get building once again, and thank you all for your support over the years!

[link to all updates on wiki](https://minecraft.gamepedia.com/Java_Edition_version_history)
#**Challenge**

**Clash of the Updates**

Build a build of your choice based on the minecraft updates. You can choose just one update, or combine multiple updates. Whatever updates you choose, that will be the theme of your build. **Please note: You do not have to build with only the blocks from that update OR in the patch the update came out in!!!!**

If you don’t know the different names of the updates, refer [here](https://minecraft.gamepedia.com/Java_Edition_version_history)
____________

**Sunday morning, July 5th 2020** A new challenge and winners are announced in that post