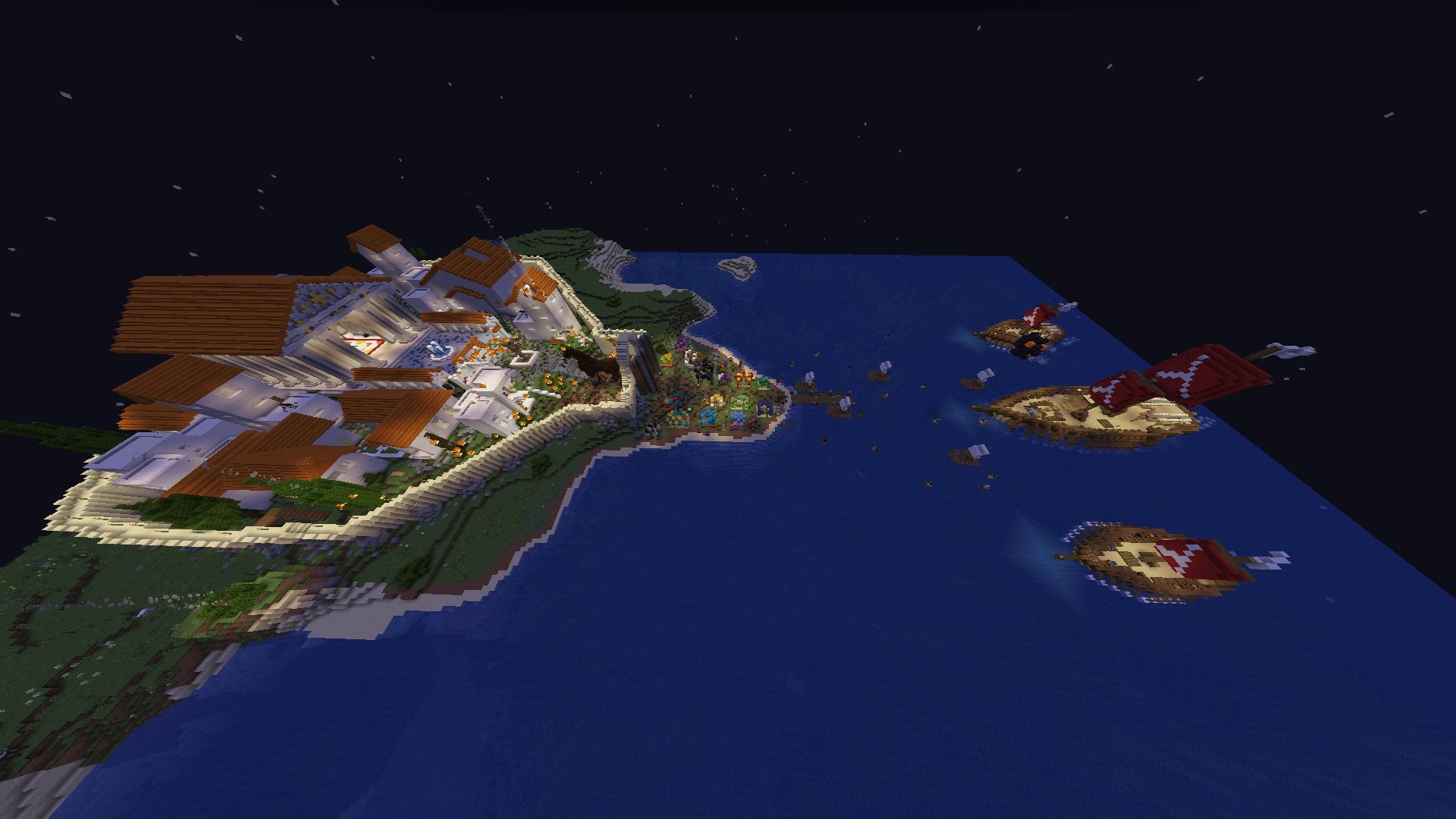 I love when builds tell a story, and each picture in this build seems to be doing that. Even better, I don’t even need captions to be able to get a rough sense of what is happening. I loved the different buildings that you made and the overall layout of the build. Most of all, I liked the location that you picked. While, we always say that we like when people use actual terrain rather than superflat for their builds, we haven’t really emphasized where someone should build a build. I loved how this was right on the coast, and even better on a point. Just something about this location made the build much better.

Let me start off by saying I’ve never watched the last airbender before (show or movie) so there may be references in the build I don’t understand. However, you made me want to watch it with this cool scene which is depicted here. You also mentioned building in unique ways with ice and snow and I think that you did a fantastic job doing that. The ice bridges which blend into the icebergs were very simple but added so much somehow. Also, the paths with blue ice were again a simple but effective way of doing paths. Awesome job!!

I have watched star wars so I am familiar with everything here and I was super impressed by how much everything resembled the movies. My only complaint is that it did feel a little spread out and empty, though that may be the fault of the war you chose, since it can’t be very bunched up. However, you made your screenshots look gorgeous with the time of day you chose and the types of shots you did so I can’t really complain. I know now if I ever want to replicate something out of star wars, I’ll be looking at this post!

There’s nothing both more relaxing and scary as spending a night in the woods. This week, we’ll be trying to make our “stay” a little more relaxing by constructing a nice cabin to stay at. Whether you want to make a nice quaint cabin, or some creepy run down place, that’s up to you!

Construct a cabin in the middle of the woods. There must also be a road/path leading up to it (but you don’t have to completely extend it in the forest)
____________

**Sunday morning, August 2nd 2020** A new challenge and winners are announced in that post