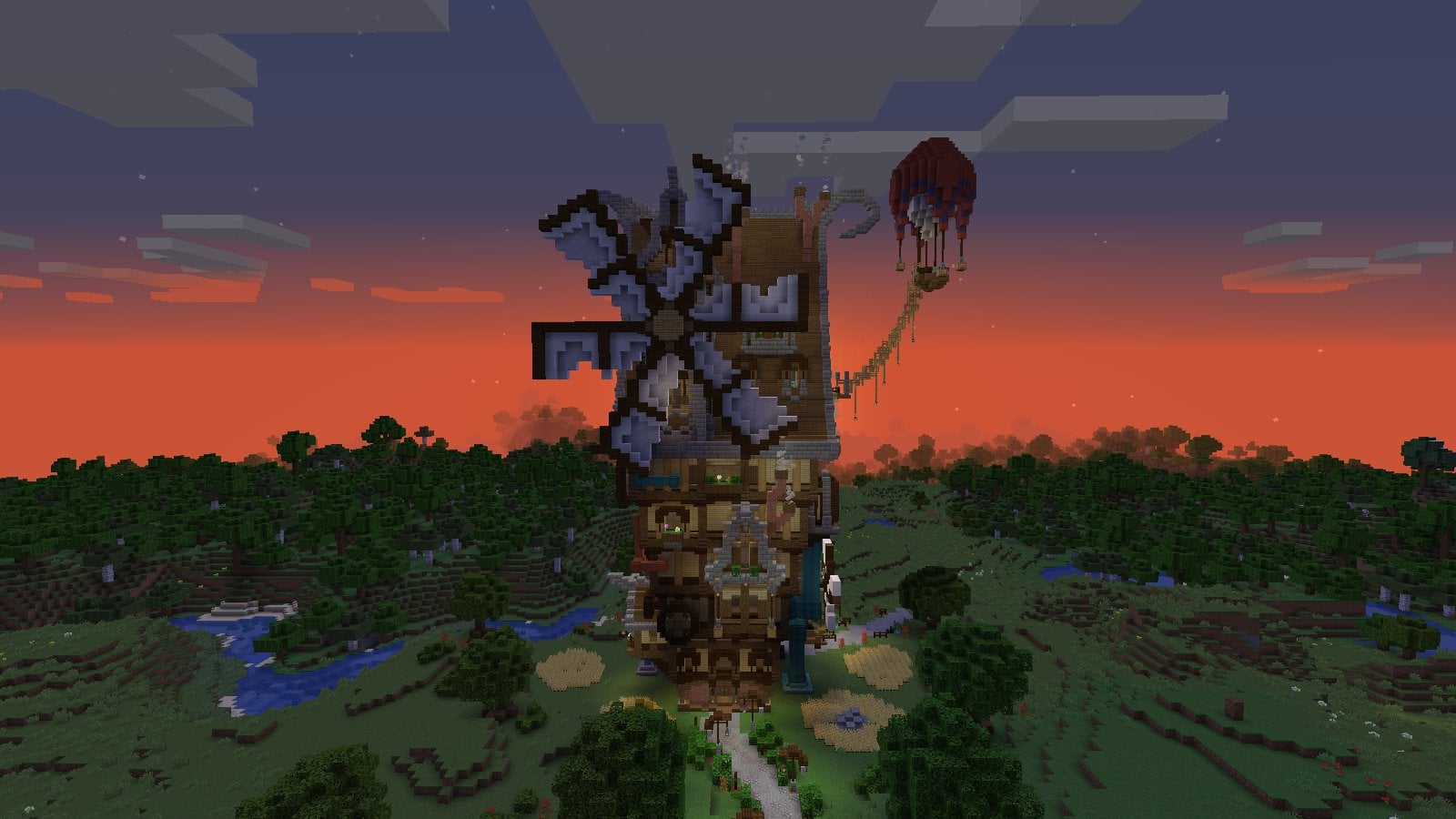 I love this take on the challenge. It took an “overused style”, being the old fashioned windmill (not that this is bad! It’s just we’ve all seen tons of them built) and made it unique in its own way. I also liked how each side of the build was still interesting. You didn’t just make the front look good with the actual windmill and leave it at that. Every side you showed was not only very well built, but was very interesting to look at.

In case anyone almost made the mistake I did, they’re using light green concrete powder in the build and not optifine grass. It took me a second to register it so thought I would put this disclaimer here in case anyone also made that mistake (it looked very good though!). I really loved this build though. The scenery was so nice and made the entire land feel so peaceful. The windmills were all great and although they were the same (or very close), the interesting terrain around them made them all feel different. I guess that’s the power of terraforming.

Hilariously, the same build. Or, inspired by the same things. Both are very well built but this one did fall slightly short based a little on what I mentioned for the last build. Where echoct had lots of trees and a little custom terraforming to mix up his windmills, I found around yours, there wasn’t too much interesting terrain (still was, which is why you’re third place, but just comparing to second). Also, I did find some of them seemed a little close together. However, everything was very well built and really loved your town so you still did an awesome job!

I usually don’t do comments for these but just wanted to mention how cool of an idea this was. Loved the nether theme.

This week, we’ll be taking to the skies. And no, it’s not anything to do with airplanes (despite the new flight simulator coming out). Rather, we’ll be focusing on building up into the sky by making towers. Nowadays, we have skyscrapers that seem to keep going up in the air, but how would they compare to old fashioned towers, which may seem small now but were huge back then? Build either of them, or just one (or another tower of your choice) this week!

***Thanks to /u/Clyran for this challenge suggestion!***

Construct a tower of your choice. It can be from any era and can be any size. It must tower over the surroundings though (as in, if you build an old fashioned smaller tower, don’t build it next to some monstrous mansions).
____________

**Sunday morning, August 30th 2020** A new challenge and winners are announced in that post