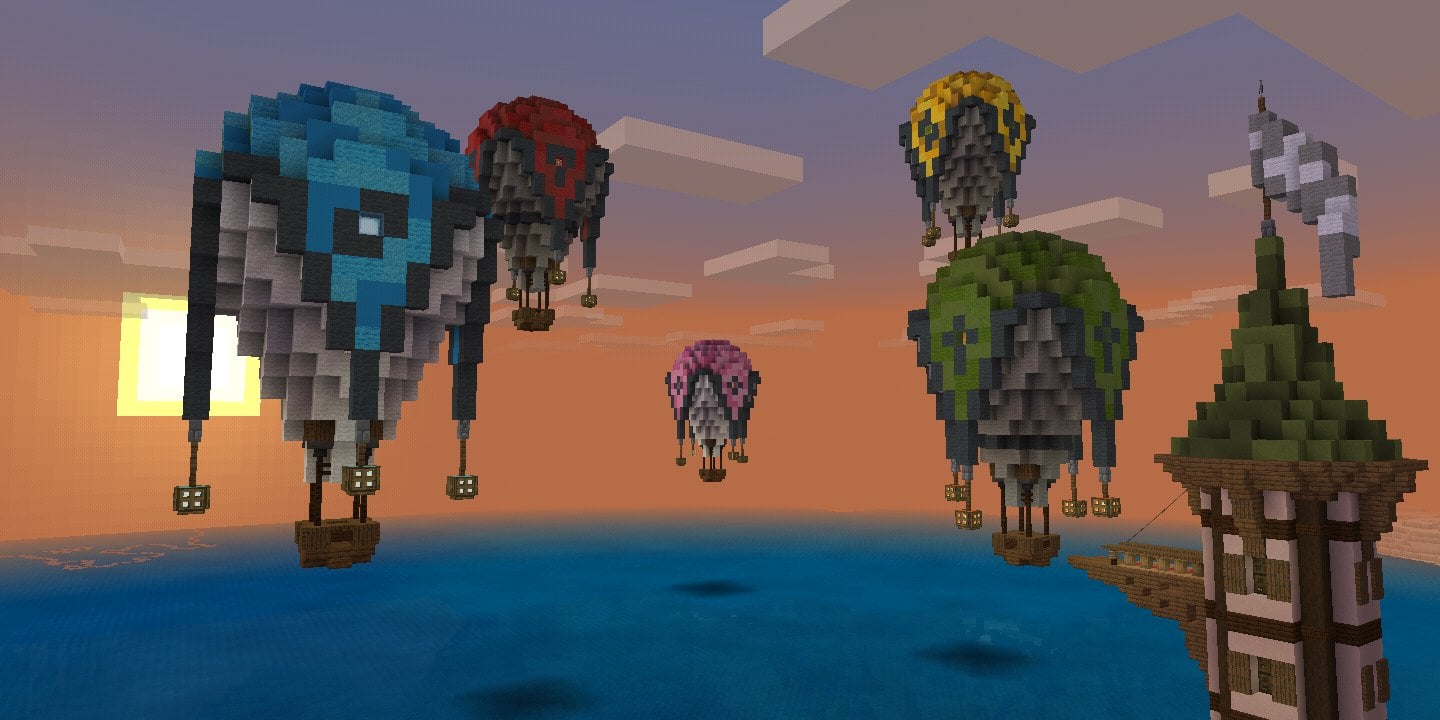 Such a simple build, with it being the same hot air balloon repeated over and over again, but with different colour schemes. It was a very creative way to make an interesting design while still using hot air balloons, as it could have been very boring without any colour at all. Not only that, but making the colourful part a different aspect of the build, rather than just making the balloon part a different colour, was a smart idea.

This is the other way of doing a more colourful build and normally I don’t think I’d like it. However, it this case, you used many more colours than just a plain red balloon or blue or green. With the mix of colours, you create an interesting texture that made a really neat build. Also, I loved the different shots you used, it was a couple very visually pleasing screenshots that you took.

A different take on the challenge, by building an Airship, but I really loved the small things about this build. The clouds beneath added another layer of depth to the build and “realism” too. The skull at the bottom also was a cool little thing that fit the build and also broke up the brown of the hull. Also, the balloon part was built in a really cool way, with the struts making the build more visually pleasing.

Well, it was announced last week that the next update would be caves and cliffs! So, I’m sure many people, including myself, have had ideas in their heads about what they’ll want to build when the update comes out. This week, we’ll be focusing on a specific part of that update and something many people have wanted for a while: Caves!

So let’s practice this challenge for cave building when the update finally comes out! Let’s go build a cave home!

[Etho has an incredible Man Cave, so here is his recent world tour](https://www.youtube.com/watch?v=MVGB2jy5hJ8&ab_channel=EthosLab)

Build an underground base. It must have a storage area, a bedroom and a farm room (you decide what farm you want). It can have as many other rooms or areas as you want.
____________

**Sunday morning, October 25th 2020** A new challenge and winners are announced in that post