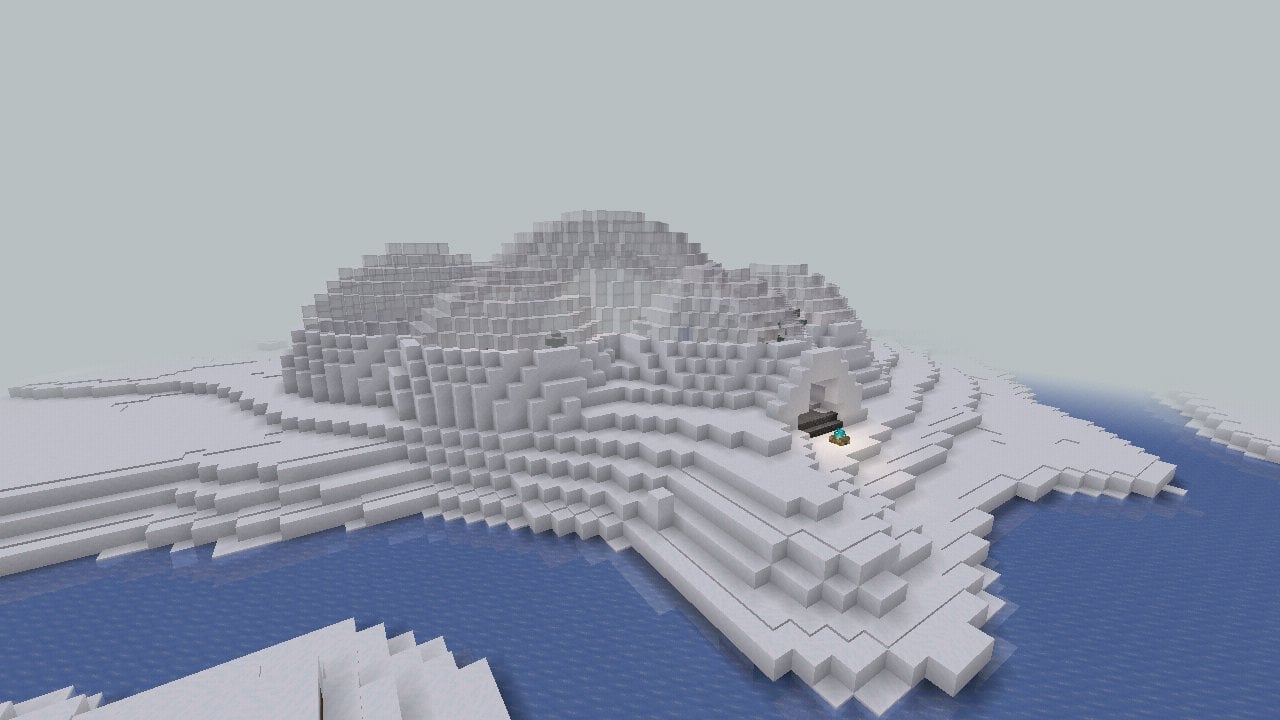 Really liked this build and how it showed that “less is more”. The exterior was very well done. It was simple, but that was really all that it needed to be. The night shot, with the lights shining through was also very pretty. Then, on the interior, I loved how it was its own small contained world. Everything was built perfectly but I really loved how you added the trees inside. They fit the build, but they also added a little bit more colour to a very white build.

First of all, a great entrance to the cave! Felt very natural and didn’t seem out of place or anything. I actually hope there’s caves like that in the upcoming update! On the inside, I really enjoyed how your cave also felt natural, even your statue. It felt like the statue may have been built because the golems thought it looked similar. Even if that wasn’t what you intended, the fact that I thought of that shows how your build makes me think a little.

Another great build, but I feel its small downfall is by being the exact opposite of the first place build. Now, first off, let me say that this build is great. However I feel myself (and most likely the other judges) thought that a snow golem kingdom would be a little on a smaller scale, since they’re just snow golems. And not only that, but they’d also probably have more natural houses, especially considering they are made of snow. Your build was fantastic though, and I have nothing bad to say about it. I just found that the first and second place builds reflected the challenge just slightly more. Your build was still great!

This week we’ll be harnessing the power of water!

We’ll be going to the river and trying to use the flowing water to help turn our water wheel!

Let’s get to building!

Construct a watermill. There should be an interior.

**Sunday morning, January 17th 2021** A new challenge and winners are announced in that post