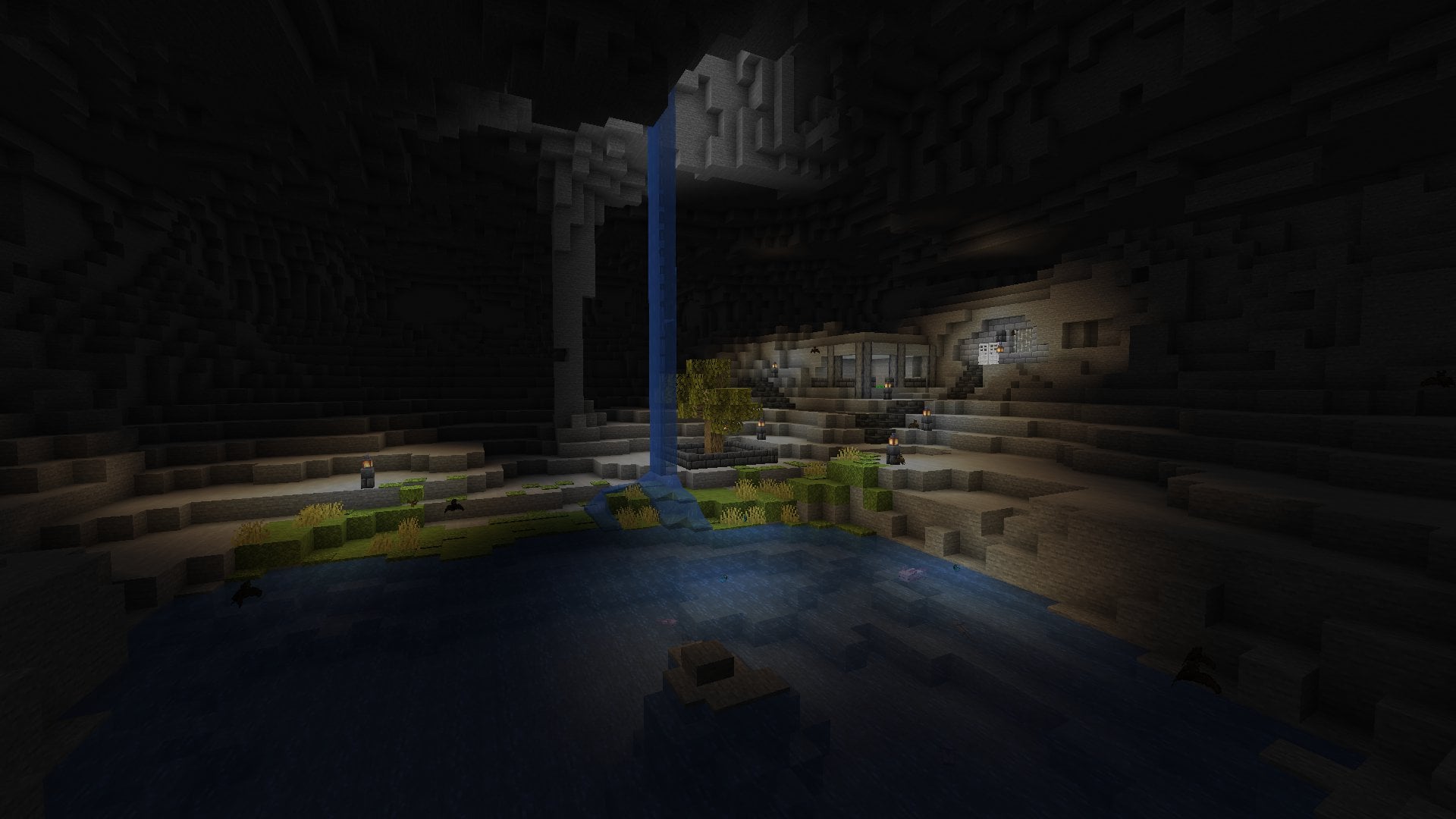 A cool looking base in a new cave. I liked the atmosphere you had with the lights. Maybe could have had the actual base a little more defined (rather than being grey and blending in?).

First off, this would normally not be accepted as it uses a texture pack, but I decided to highlight it cause there’s no other builds this week.

I really liked the layered effect that the base seemed to have. The pathways that went over other things always gives a really cool effect, in my mind. However, the whole feel of it wasn’t much like a cave. I always still like to try to include some rocks or stone ceilings to make it truly feel underground. Not that what you did is a bad thing, just my personal preference.

Sadly not that many entries this past week. People were perhaps waiting for the full release. Anyway this week we’ll be highlighting a minor change in the update… rivers! Rivers got a little wider, and the riversides got a little taller (sometimes monstrous!). Let’s use these changes and build some watermills!

Happy building and enjoy the update!

Construct a Water Mill. Interior and exterior! Bonus if someone can include it with the new cliffs!
____________

**Sunday morning, December 19th 2021** A new challenge and winners are announced in that post////