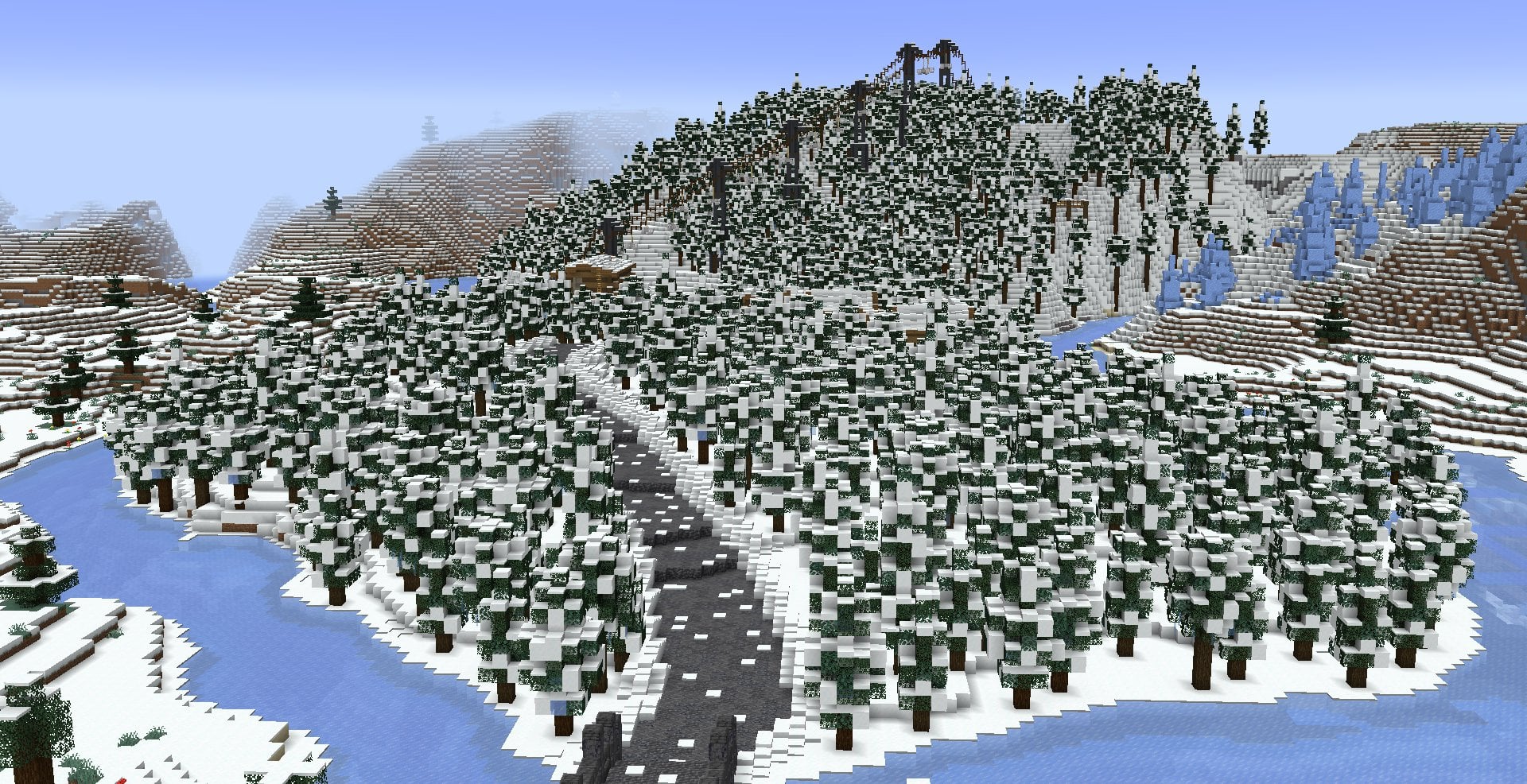 Another really similar build to first place that had me scratching my head which to place first. Like the first one, I can’t really say anything negative about this one. Just a great build, great atmosphere, and great terrain. While this doesn’t matter at all, I really liked the before and after shot you put of the build. Put into perspective what you did.

Another great mountain and a great build! I loved the ski lodge for this one. I can tell lots of work went into it. One small complaint is the area surrounding it felt really bare. Almost like you slapped the build just on some snow, rather than feeling like an actual ski lodge. I liked the dense trees too which clearly outlined your ski runs, very well made and designed.

I was a little out of ideas this week for a theme, then I realized that we hadn’t done one of our most popular themes in a while…. castle!

So let’s start the New Year off right by building a Castle!

**Sunday morning, January 16th 2022** A new challenge and winners are announced in that post