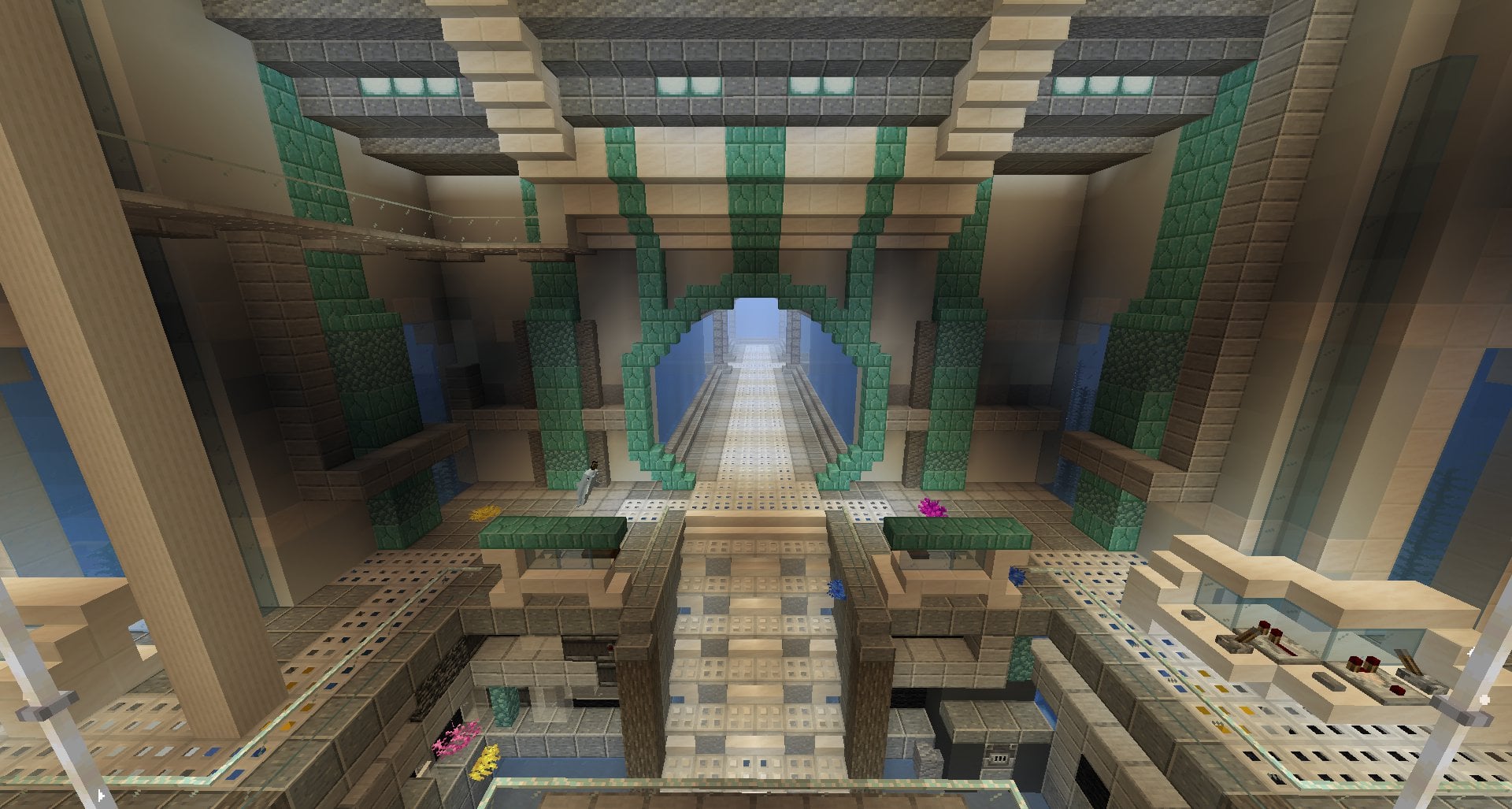 Really like how this build was made. Cool shape to the whole thing, but also made it feel real by all of the elements added in this bigger build. Also was happy how the there was lots of glass so it was possible to see inside from the water. One really cool thing about these underwater builds is the effect that water has from the outside. And using glass, we can make some really cool effects like in this build.

On a smaller scale, here is another awesome build. One of my personal favorite things to be added in the underwater update was actually seagrass. I’m a nature fan in builds and the fact that we have a little bit more nature to add underwater really makes me happy. So, I personally loved the seagrass everywhere on the build! (Others may disagree with me there). The interior was also great. It had a sci-fi look to it. The air pockets seemed really claustrophobic. I don’t know if that was on purpose but I really liked the effect it had.

I’ll start off by saying you had a really odd colour palette. I don’t think I’ve seen these blocks used together underwater before (mainly the stained terracotta and the concrete) but I really liked it. It was similar enough to the normal prismarine and those coloured blocks that I didn’t feel like it was completely different but it was refreshing to see those blocks. As far as the actual build, I liked it but I felt it was a little boxy. That may have been on purpose but I personally thought it made it feel a little weird.

We’ve done many holiday themed challenges and the holidays are now fast approaching us… To get a small grip on these types of themes we’re going to not look towards the north pole but rather towards the south pole! There seems to be not much focus on what magical things may exist there.

So let’s go and find out!

[What does this wilderness hide?](https://www.sciencealert.com/images/2018-10/processed/antarctica-stabbing-1_600.jpg)

Set in Antarctica, create something that may be hidden from the rest of the world. Maybe it’s Santa’s village, maybe a horde or demons, maybe a small family living in a biodome. It’s up to you, as long as it’s set there.

**Sunday morning, December 22nd 2019** A new challenge and winners are announced in that post