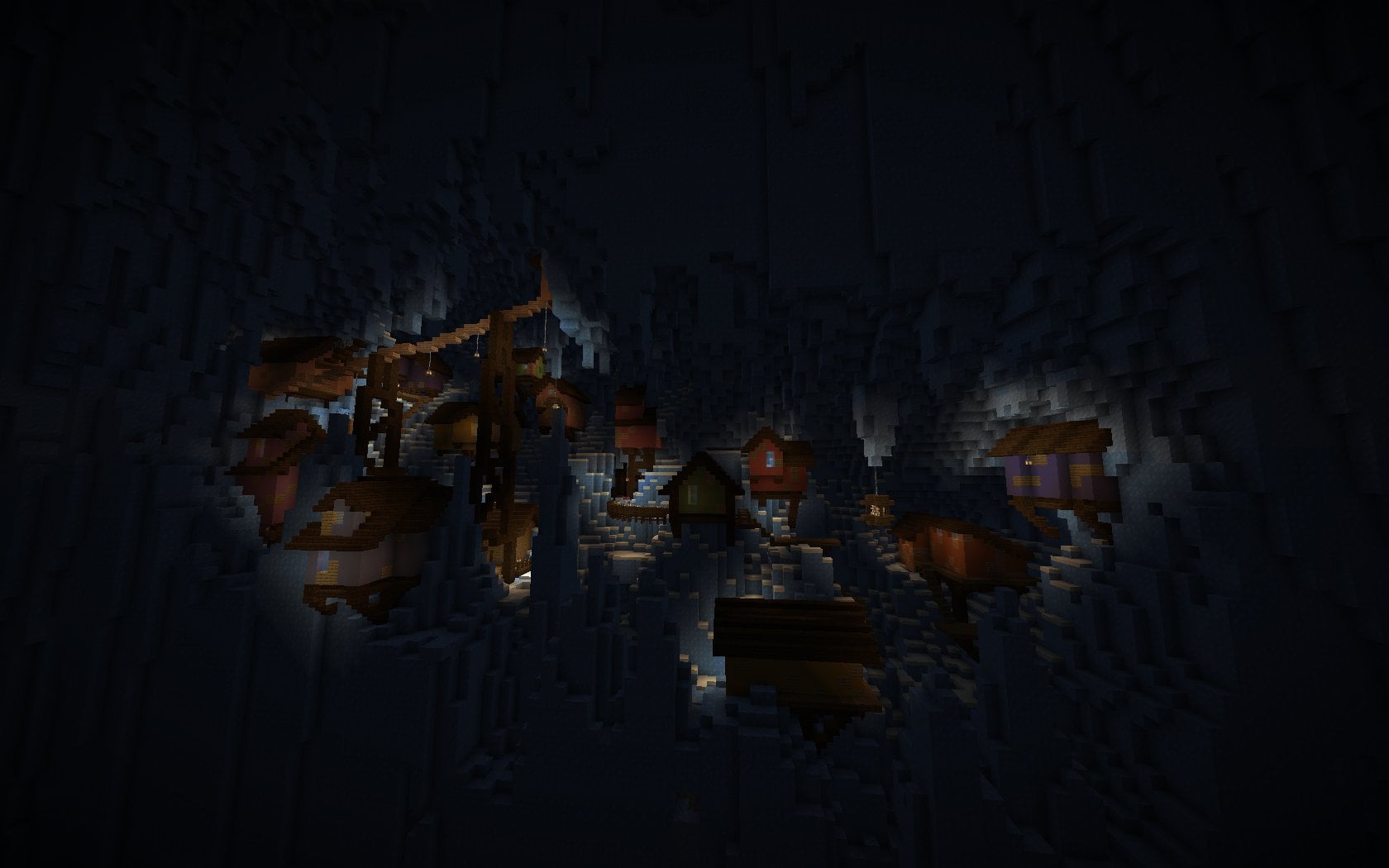 Really liked this build and how atmospheric it was. The choice to show it off at night was a very good one. It allowed all of those light sources you added to come into play, by lighting up the build. I also really like what you did in the cave, really cool design and build. My only very very small gripe is that it felt a little too hollow and personally I didn’t like that. So I feel the shape inside could have been maybe a little more chaotic or natural, but that’s really only my tastes.

Really liked the atmosphere around this build too. The darkness with the lights really made more special than it would have been if it was just houses on a cliff. I also really liked your block choice. The terracotta really worked well with the colours of the ice, at least in my eyes. My only complaint was the actual pit, or cavern, where there wasn’t really anything else. I do realize it was a realistic shape, I think my problem came from being able to see that far. Maybe some glass and some black concrete towards the bottom, to make it seem more like a pit would have made it work better and seem a little more real.

Maybe it’s because the other two relied a lot on darkness and lighting but I liked this build for how cheerful it was. I liked how much it was built out of wood and also the campfire scene. I also liked how much it actually felt like a cave with the shape of it. I didn’t really like the path leading to it because I felt it needed to be a little wider with the amount of detail that went into it. The railings on it seemed to pop out more than the path itself.

For some reason I’ve been really into steampunk stuff lately and I guess I need some inspiration because that’s what kept coming back to me for a theme this week! So, let’s get building a large mansion in a steampunk style!

Build a steampunk mansion. Since you usually build up in steampunk, the mansion must have at least three floors in it. Those are the only requirements.

**Sunday morning, January 19th 2019** A new challenge and winners are announced in that post