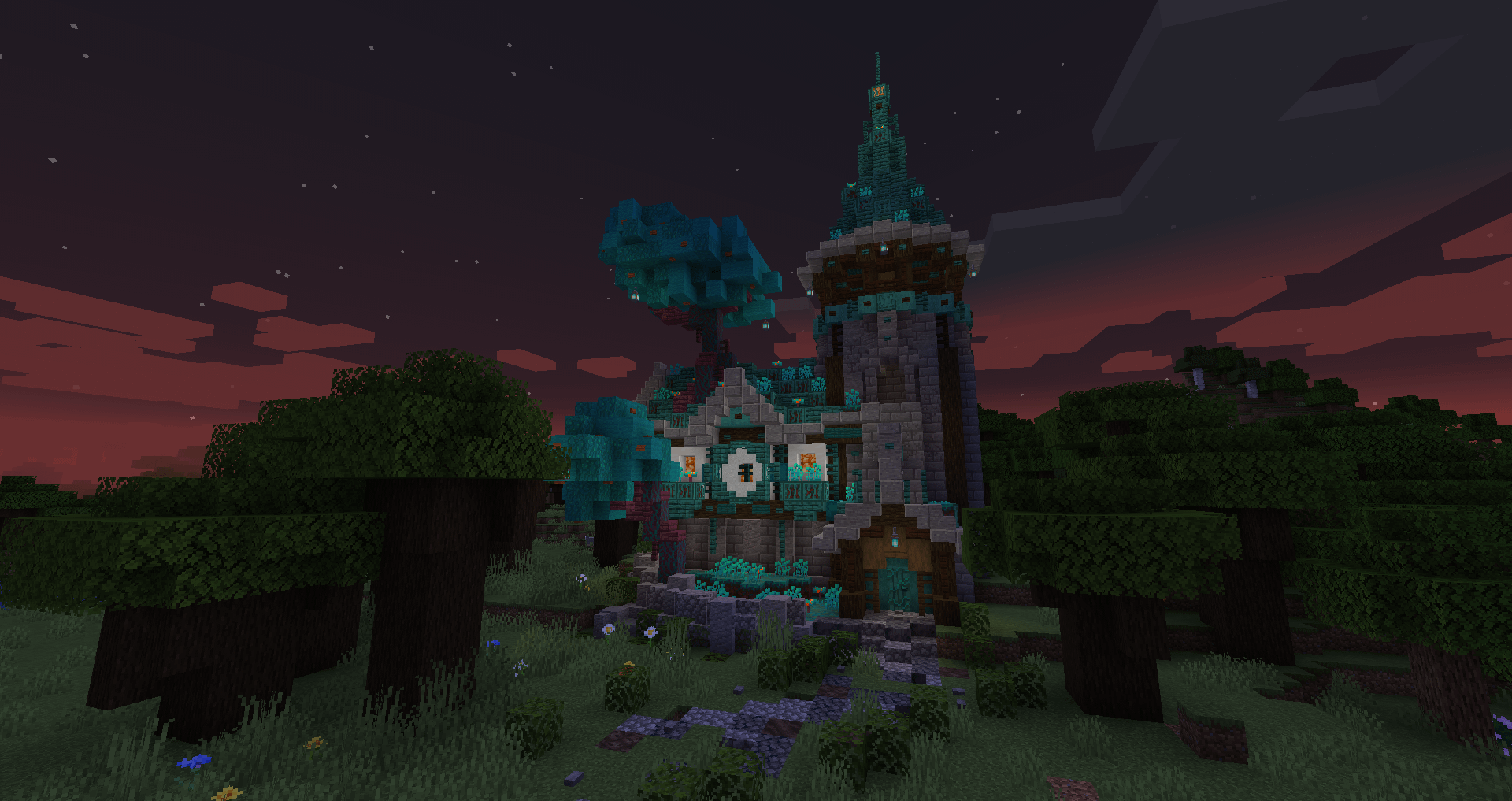 Well I guess we picked a good week to do a wizarding world challenge because these new nether blocks really fit wit this theme very well! I’m glad that someone decided to use them in their build! I really liked the shape of your build. The house looked really cool and detailed, especially with the accents you had with the wood. I also liked the tree on top of the build. It seemed to make it feel more wizardy for some reason, though it may have something to do with the colour of the tree. Only complaint is I found that the terrain around the build could have been made a little more ‘corrupt’ or at least looked like it fit better with the rest of the build.

Another good build but this time on a more massive scale. I did like the whole build and how it was built. I especially liked how you varied the sandstone that you used in the walls. This made the build flow together all while giving it a bit a of variation so that it wasn’t completely plain. I also liked the octopus, thought it looked realistic enough as to how it was positioned. Big thing about this build is the terrain around it and the fact it’s in a superflat world. We’ve said this in the past how the terrain around your build counts towards your presentation and even just building in a regular world and doing nothing with the terrain will look better than plopping in a superflat.

I did like the idea behind this build but I felt it needed a little more in the room to really flesh it out. For example, even just some pillars of a different block choice somewhere on the walls would have broken it up a little more. Also, a different block for the floor and roof would have also helped vary up the build. All in all, a good effort and I liked where you were going with it, just needed some extra detail.

**This is an honourable mention since it was started before the challenge.**

Construct anything with the theme organized chaos. This theme means that your build should be chaotic with many different styles/blocks used but still be ‘organized’ so that we can recognize what the build is and that it still looks good.
____________

**Sunday morning, March 1st 2020** A new challenge and winners are announced in that post