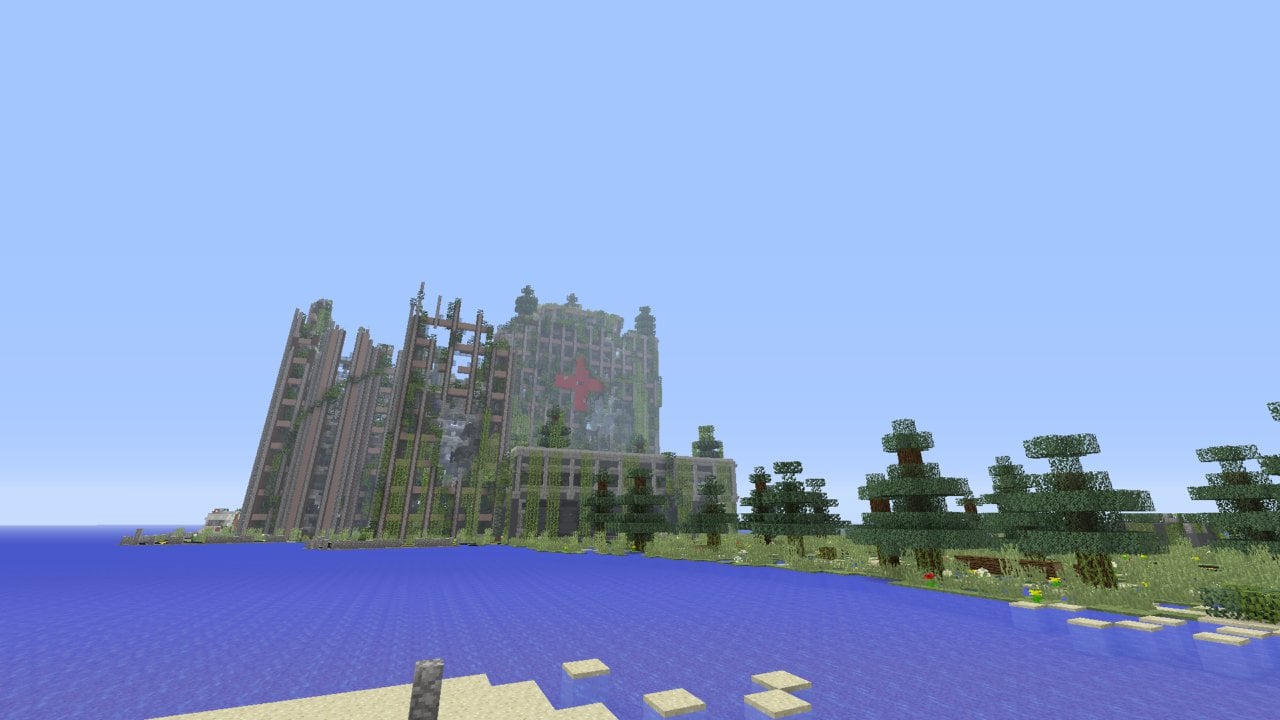 Whoa… not what I was expecting but an incredible effort and build. You did name your build “post apocalyptic hospital” however, even if you wouldn’t have titled it that, I would have been able to guess right away. Now, maybe that would have been possible since the build does look very apocalyptic but what’s more impressive for me is how you still managed to make it look like a hospital.

I liked the originality behind making a hospital in a gymnasium. It’s certainly realistic but still something that surprised me. I liked the exterior, although as always I find putting builds in superflat worlds takes something away from them. Either way, I feel the interior is where this build shines. I feel this way because not only is it depicting a hospital, but you also manage to show that it is also used a gym. So great job at building two interiors inside of one!

Well this build is big… so big that I thought I was looking at an actual photo in his first image of his build in the album. Great attention to detail on the outside, loved the shape and design of the build, and especially how all of the colours melded together to create that realistic texture. What I personally didn’t like was the interior, which felt a little too big, in my opinion. While the exterior benefitted from the massive scale, I didn’t like how much empty space and large, large walls there were on the inside.

Well, we’ve already reimagined the temples, so now it’s time to revamp another one of minecraft structures, the witch hut!

Whether you want to make some giant house or mansion for them or perhaps make a cavern in the ground, it’s up to you! Time to build the witch’s lair!

Build a structure you could imagine the witch mob living in. It must contain a cauldron, like the original structure, the rest is up to you.
____________

**Sunday morning, April 26th 2020** A new challenge and winners are announced in that post