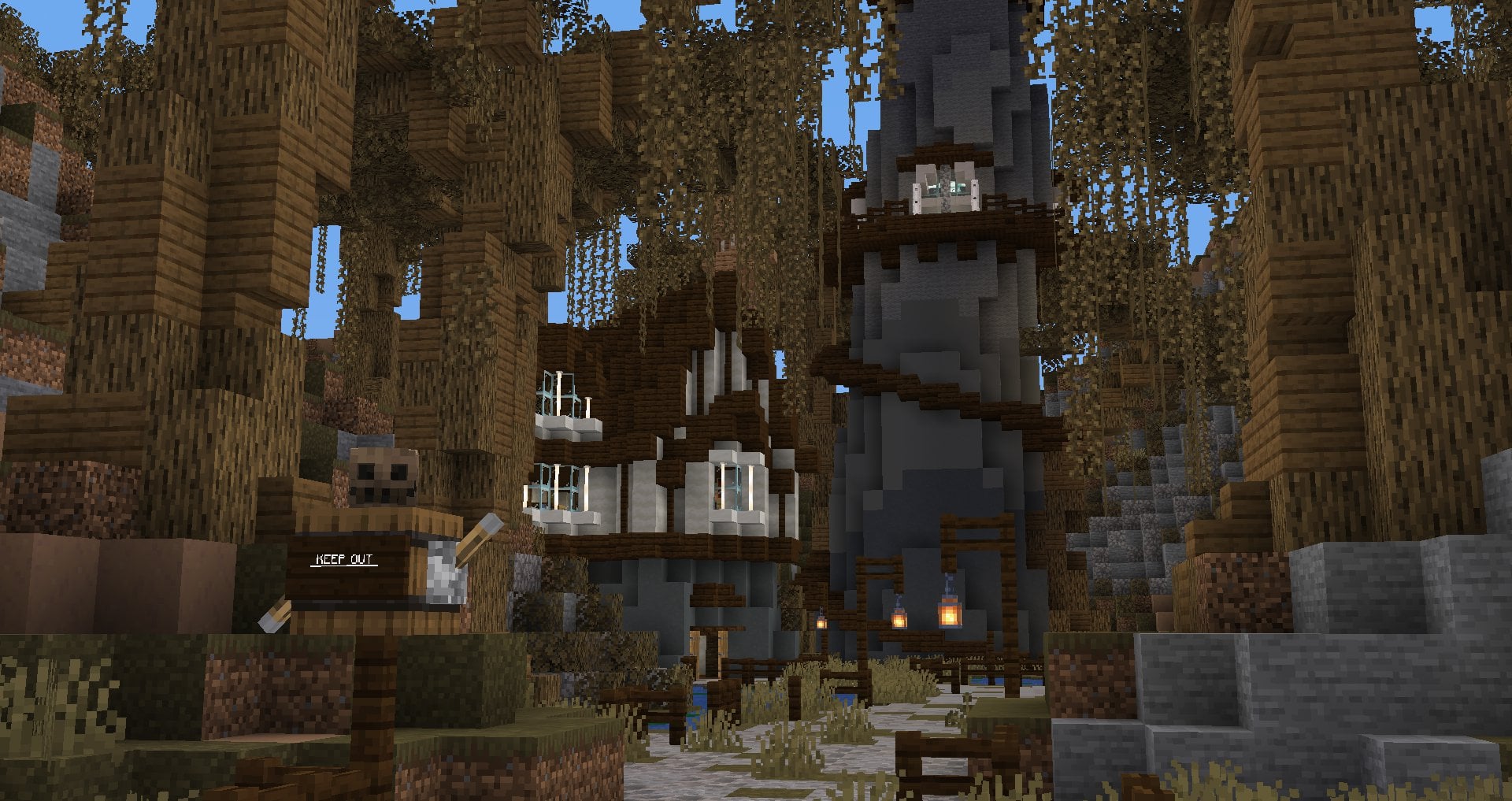 #**Another great week! Good job to everyone, it was very tough to just pick three winners!!**

A really great build that I feel was mainly due to the terrain around it. The cove, if you want to call it that, around the build really helped focus the witch tower to the center, all while adding a little bit to that creepy atmosphere. Not only that, but the custom trees also added lots. They obstructed some of your build, which I was think is an effective way to break up a build (despite not being in a build at all), and also added to that atmosphere. And finally, the build itself was very well done. A good choice in colour palette, a good choice in shapes and a nice little cave to top it all off! Great build!

The outside might not be much on this build (and I don’t really get what exactly some of it is to be completely honest), but wow, what an amazing job on the interior of this build. Your block palette was so good. With the greens everywhere in the cavern, to the purple which appears near the nether portal, you really made the atmosphere of this build something else. Really enjoyed scrolling through all of the photos.

At first, this build confused me. I was so used to looking at green colours, from everyone else, that the red threw me off. But I liked the change in tone from the other builds. I really liked your custom tree and how it was built. It looked very natural and also provided made your exterior look much better than a mound of dirt leading underground. However, I did find the interior to be a little lackluster, considering how grand the exterior was.

Still a fabulous effort and build!

It’s been a long time since we’ve done this challenge so I think it’s time to revisit it since it is one of my favourite building styles to look at! The modern house! I rarely build these, just because usually they don’t fit my worlds but I love looking through all of these houses that people make. These can be simple houses to make, in my opinion, but I do find it’s hard to make one that will stand out among others. So, let’s get building!

**Sunday morning, May 10th 2020** A new challenge and winners are announced in that post