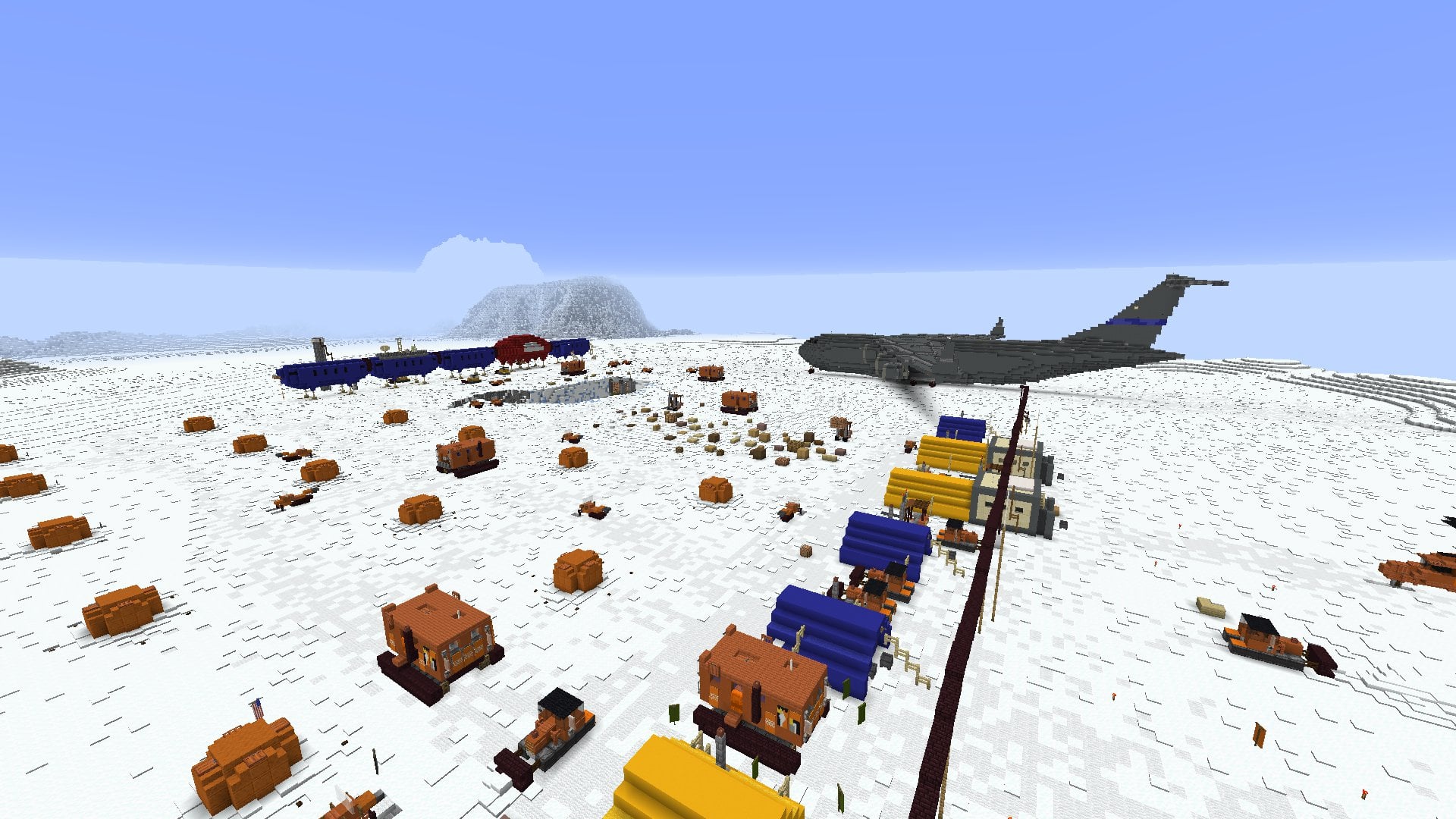 Really cool build and very well made. You mentioned you weren’t too used to modern builds but everything here that was modern looked well made and believable. I did really like how spread out it was. You had a whole plains to work with, and you worked with most of it. It just made it a little easier to look at since there wasn’t a lot that was crammed into a small place. Really liked your cave and the excavation, again was made realistic and really liked where they were digging at too!

First off, surprinsgly one of the big things that struck me with this build are the smoke clouds. Really loved how big and filled they were. They reminded me of those comical clouds you see in animated shows and I loved them. The build was really good but there was just a little something missing for me. It might just have been the location at the top of the mountain. Because most of the shots it was just the building, I may have just been overly analyzing it. Either way, still built really good!

I thought this build was fantastic. Sort of on a smaller scale but still made use of every single spot in the build. The house was very adorable which it should have looked like (since it’s a candy cane house!) I also liked the other christmas elements around the house, not specifically because they help with your theme. I liked them because they added more red to the build to make it so the house wouldn’t stand out on its own. On colour, I did feel like the stone ground stood out a bit (there may have been a little too much of it).

Since this is the last challenge before christmas, I’d like to wish everyone a merry christmas and a happy holidays!

We’re going to be continuing with these wintery challenges, at least for this week too but this time we’ll be going back underground building some caves made from ice!

Build an Ice Cave. In the Cave there must be something man-made, whether it be ruins, a deserted camp site, or a base, etc.

**Sunday morning, January 5th 2019** A new challenge and winners are announced in that post